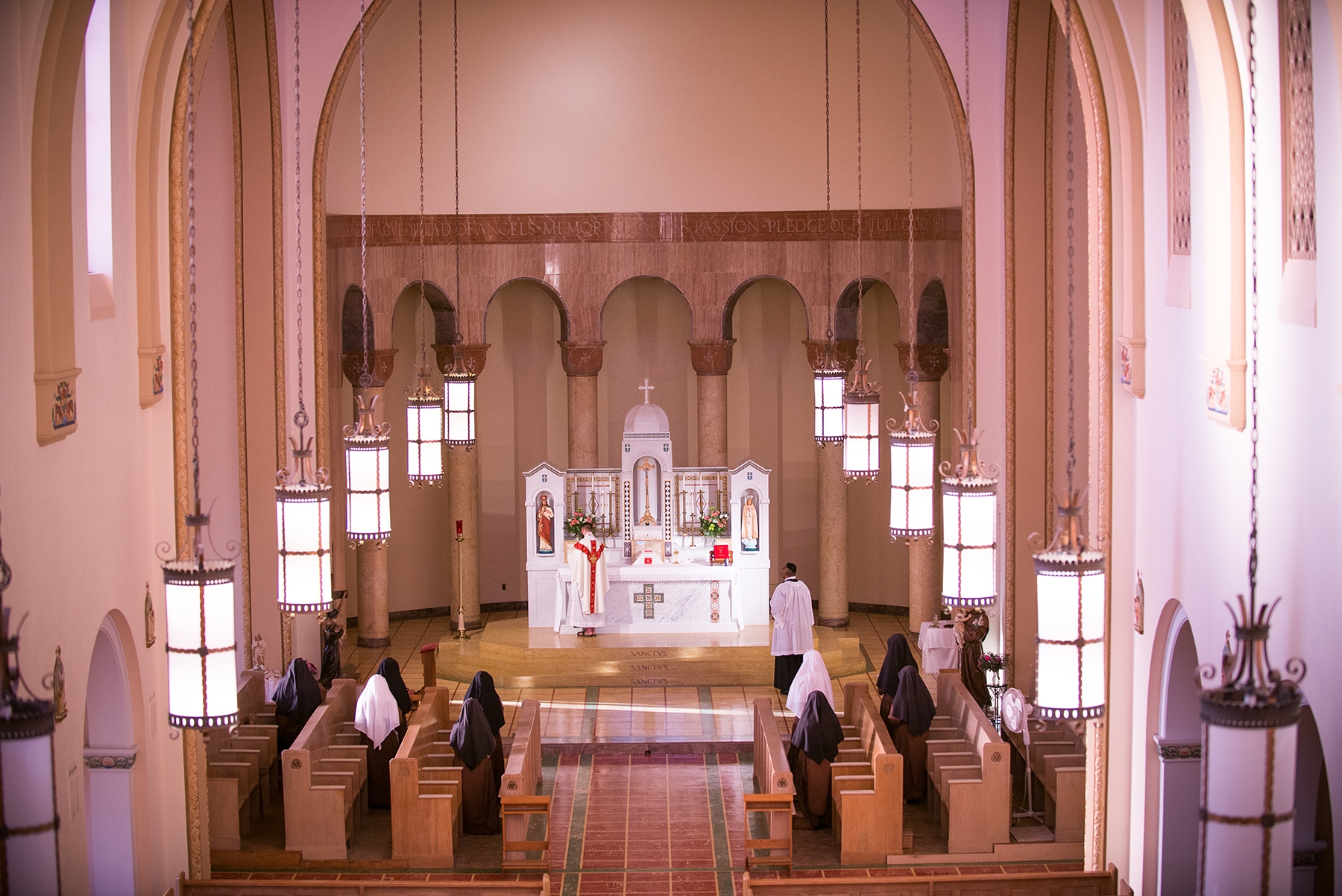 “What the Franciscans did once, they can do again!”

These were the words of Fr. Eugene N. Heidt, the founder of the Franciscan Sisters of Christ the King. In 2000, he established this new community of sisters to follow in the footsteps of Saint Francis, helping to rebuild the Church through traditional Catholic education. Like Saint Francis, these sisters would begin from nothing, completely dependant on the generosity of others, rebuilding the Franciscan way of life. Nothing less than the Franciscan approach would suffice —the total giving of self in response to Christ’s love for us; great, loving acts of trust in the Providence of God; confidence in God’s ability to work through weak human beings.

Father Heidt founded the new community with the help of Mother Mary Herlinda OSF (1911-2006), member of the Franciscan Daughters of the Sacred Hearts of Jesus and Mary; she was associated with the Society of Saint Pius X since 1997. When she told him she was too old to help found a new community, he just answered her: “God writes straight with crooked lines.” So she decided that her age would not stand in the way of God’s Will. Her unwavering faith in God, her dedication to the Rule of Saint Francis, and her unfailing courage provide the cornerstone of our foundation.

Growth has been steady, and the community quickly outgrew its accommodations. Father Heidt kindly provided the first house, which quickly extended to a second house a mile away, with a small nearby mobile home added as the third facility. Making do is a good Franciscan tradition, but the arrangements were not conducive to community life as it is meant to be lived. After much consideration, Father Heidt and Mother Herlinda decided in 2002 to purchase a large empty convent in Kansas City, Missouri. This vacant facility was built in the 1940’s as a Benedictine Convent of Perpetual Adoration and was once the metropolitan center for devotion to the Blessed Sacrament. When the Benedictines left in the 1980’s, it was used for a number of years by a non-Catholic group as a home for unwed mothers and then as a school.  However since this complex is suitable only for convent use, and thereby is difficult to convert for any other use, it was offered for sale.

The imposing brick complex lies on a hill with 6.5 acres surrounded by a wrought iron fence within the metropolitan area of the city. The beautiful Romanesque chapel majestically stands over four stories tall, containing within a marble-clad and pillared sanctuary with a rounded apse, original choir stalls with a marvelous, working pipe organ and a large nave.  Attached to the chapel is a bell tower, visible from a great distance. 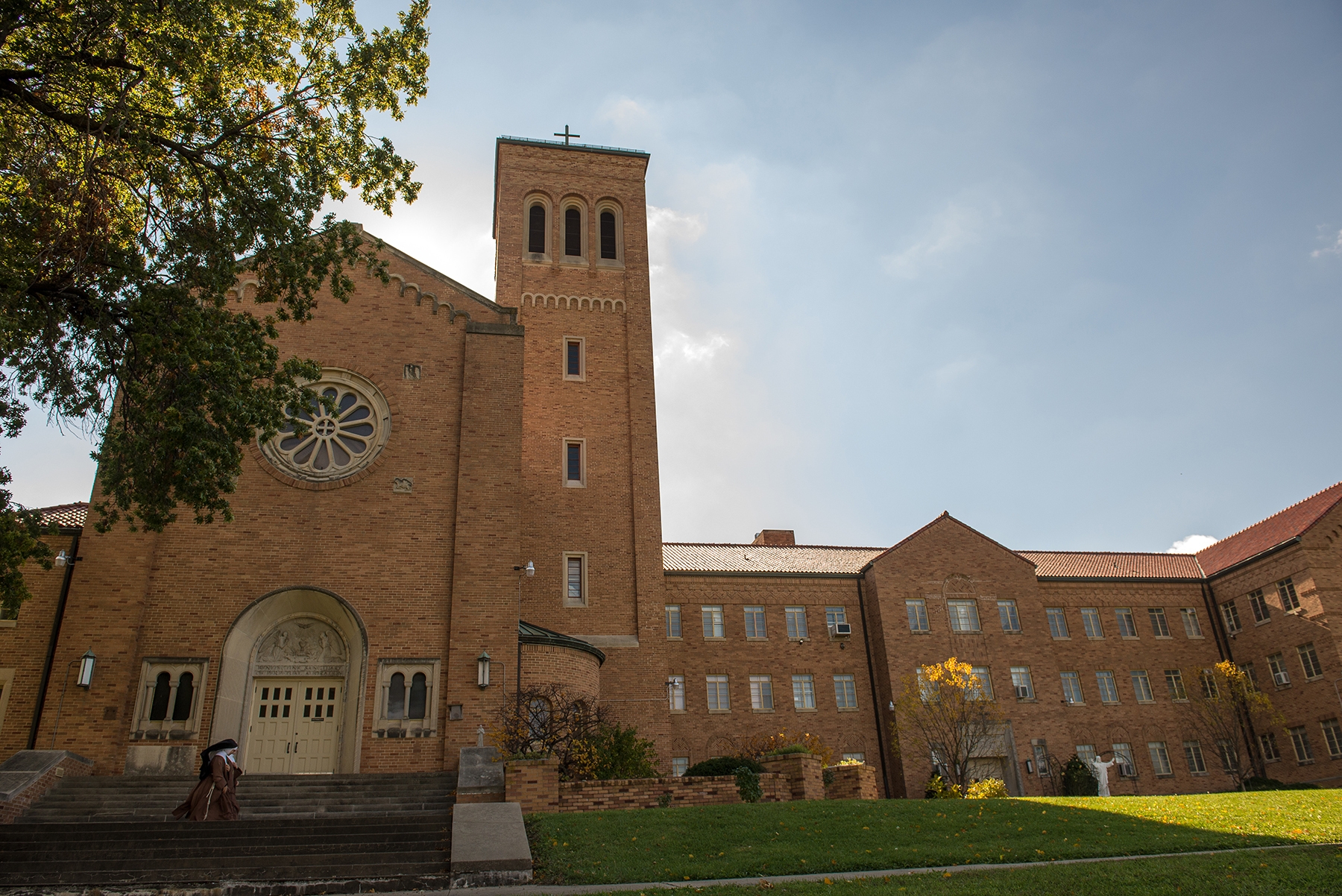 Directly or indirectly, all the sisters have a share in the works of the apostolate of Catholic education. Since shortly after their arrival in Kansas City, Missouri, they have taught at St. Vincent de Paul Academy. The sisters may teach all grades, all subjects, and both boys and girls. They have extended the work of the community to include parish visits, recollection days for first communicants, and days of conferences and activities with girls (and sometimes younger boys).

The origins of the third order

The Third Order Regular of Saint Francis of Assisi constitutes a great branch of the Franciscan tree. Although the concept of third orders can be traced to the Benedictines, development of the third order gained momentum and structure in the thirteenth century.

Saint Francis gave direction to third order members, although not named as such, in his Rule of 1223. At that time, men and women third order members lived pious lives in the world, but some of these soon withdrew from the world to form communities. Italy, Germany, France, and the Netherlands all saw the development of Third Order Franciscan communities of both men and women.

Over the next few centuries, the Sisters in various Franciscan communities adjusted to the different requirements of Holy Mother Church regarding such things as cloister and apostolate. For example, at one point, monastic cloister was imposed on all communities of women, whether they were nuns or sisters. This in turn affected the apostolates. However, the need for semi-cloistered sisters as well as fully cloistered nuns became more acute during the eighteenth and nineteenth centuries. Revolutionary upheaval engendered greater and greater need for communities of Franciscans and others who could be involved with works of charity in the active apostolate, while maintaining contemplative prayer and community life.

The Franciscan tradition as lived before Vatican II by the various communities of the Third Order Regular embodied the active-contemplative way of life. The prayer life of the sisters provides the foundation and the strength for the active apostolate.

The desperate need for traditional Catholic teaching sisters at the beginning of the 21st century inspired the foundation of the Franciscan Sisters of Christ the King, using the 1927 rule approved by Pope Pius XI. 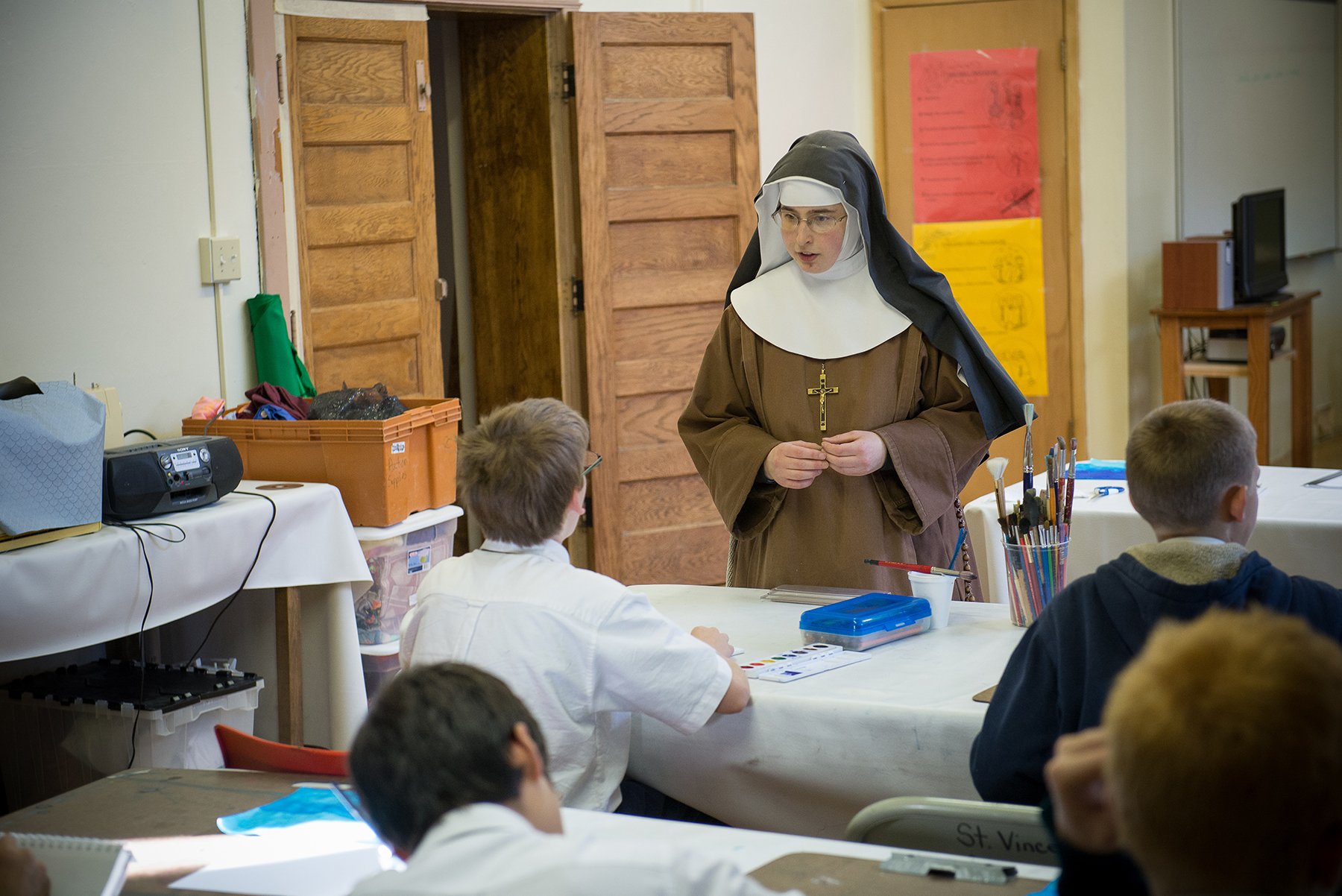 What qualities should candidates possess?

Like Saint Francis, like Saint Clare, candidates will have an all-encompassing trust in God’s Providence. They will give love for Love. Our Lord’s love for us demands the most generous response in return. Like Saint Francis, their response will be courageous. It takes a leap of faith to join a new community —not faith in the community itself, but faith in God Almighty. They will possess strength of character, the high ideals of a committed traditional Catholic, combined with the spirit of cooperation necessary for living the community life. They will also have a strong desire to help rebuild the Catholic social structure, particularly Catholic education, and a humble appreciation of the privilege of such a calling. The primary apostolate of the Franciscan Sisters of Christ the King is that of education. Those who do not teach shall work at various positions within the convent.

Candidates should be between the ages of 18 and 35 and in reasonably good health. 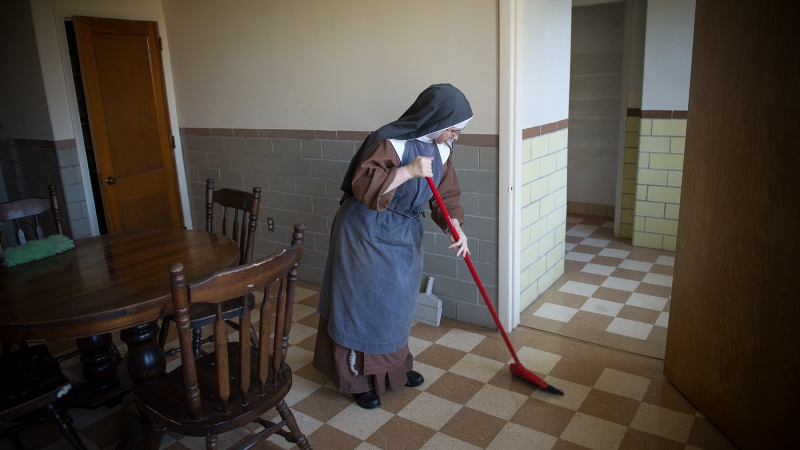